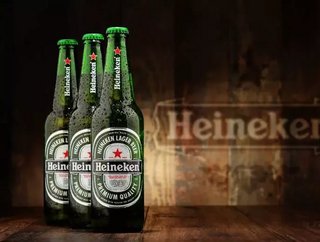 Dutch brewing giant Heineken has made history in the US by naming Maggie Timoney as its American unit’s CEO. Timoney, who has been in the beer and c...

Dutch brewing giant Heineken has made history in the US by naming Maggie Timoney as its American unit’s CEO.

Timoney, who has been in the beer and cider industry for more than 25 years, is the first female to lead a major supplier of beer in the in the USA – Heineken is the fourth-largest player in the market with a 4% share, behind the likes of AB InBev and MillerCoors.

Timoney is joining Heineken USA from Heineken Ireland where she’s served as the CEO for the last five years. She began her journey at the company in 1998 in a sales planning role in America, and had also served in the Netherlands and Canada.

“She understands the challenges and opportunities that exist within the US market and she has the right mix of strategic vision, people leadership and grit to ignite future growth for Heineken USA.”

Timoney will start in September, taking over from outgoing boss Ronald den Elzen, who is returning to Heineken global HQ in the Netherlands.

Her job will be to disrupt the current monopoly held be the likes of Coors and AB InBev brands (especially Budweiser and Bud Light) in the US.

According to Heineken, Timoney over-delivered on volume, revenue, profit and market share targets in Ireland while accomplishing year over year increases on employee engagement.