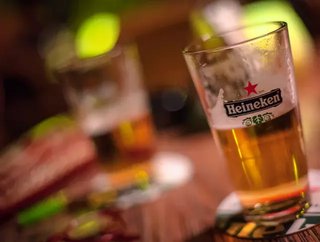 By January 2022, Dutch brewing company, Heineken, will make the switch to 100% green purchased electricity, as the company marches towards carbon neutrality by 2030.

With a revenue of €21b, Heineken is the second largest brewer in the world and is one of many beverage companies with sustainable net-zero targets.

In 2020, the company signed Power Purchase Agreements (PPA) with:

The two Power Purchase Agreements will provide 95.000 MWh of green electricity each year to Heineken breweries.

When combined with all of the already existing green electricity, Heineken will use a total of 124.900 MWh of green electricity per year, this is the equivalent of 41.300 households, in the Netherlands.

“We are extremely proud of the uniqueness of this achievement, in Europe there are 30 to 40 PPA’s per year, and we have secured 2 PPA’s in one go”, said a Heineken representative.

The company sells over 150 million bottles of wine in Europe per year and is still investigating ways to reduce its carbon footprint. Glass bottles of a reduced weight for some products were introduced this year, decreasing the glass related CO2 brand footprint. Solar panel installation has also been implemented.

“We know that there is demand from shoppers for greener products, with 84% of wine drinkers believing brands have a responsibility to look after the planet”, said Caroline Thompson-Hill, Managing Director for Europe, Accolade Wines. “Companies have to act on their carbon footprint for the sake of the planet and we want Accolade Wines Europe to set a positive example that we hope the rest of the industry follow.”