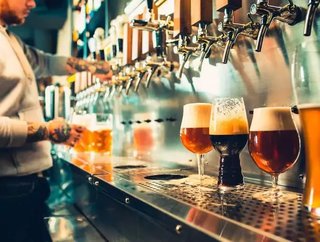 Five years ago, North America dominated the global craft beer market, accounting for 52% of all craft beer launches, but now another continent has taken...

Five years ago, North America dominated the global craft beer market, accounting for 52% of all craft beer launches, but now another continent has taken the lead.

According to data from Mintel, the number of craft beer launches in Europe has more than doubled since 2013 (up 178%) making it a global leader in craft beer innovation.

“Over the last few years, interest in craft beer has migrated from the US into the UK and now into continental Europe,” observes Jonny Forsyth, Associate Director, Mintel Food & Drink.

“Our research suggests that Europeans are embracing craft beer because they are looking for new, more exciting offerings compared to their usual beer options, especially in markets such as Germany, where brewers and beer styles have remained unchanged for centuries.

“While markets like Germany, Belgium and the Czech Republic are still dominated by their own beer styles when it comes to innovation, consumer interest in craft beers is already there and offers ample opportunities for manufacturers.”

The data also points out that Europeans are willing to spend more on craft beer with around half of consumers in Italy (52%), France (51%), Germany (46%) and the UK (45%) agreeing that craft beer ‘is worth the extra money'.

“Craft is the ‘new premium’ in beer, and consumers are happy to pay more for smaller-batch, more hand-crafted options, rather than those that are mass-produced,” adds Forsyth.

“For these consumers, craft beer taps into their desire for new experiences with a nod to the past for inspiration, offering new beer styles that they have never drunk before.”

Whilst willing to pay for craft beer options, Mintel’s figures suggest that European consumers aren’t informed about the difference between ‘true craft’ beers (that is, those which are small and independent) compared to ‘craft-life’ brands owned by global brewers.

Almost half of the Spanish consumers surveyed (45%) said that they felt it wasn't clear what distinguishes a craft beer whilst less than (17%) of German consumers said it would impact a purchase decision if a craft brand was owned by a large company.

These results underscore an uphill challenge for the craft beer industry, Mintel says.

Yet, the report also shows a reason for optimism as over two in five (44%) beer drinkers in the UK would like to see a craft beer certification system.

“The term ‘craft’ lacks a formal definition which has enabled larger beer companies to capitalize on the craft boom, either by launching their own craft-style products or acquiring craft breweries, challenging what ‘craft’ really means for this industry,” Forsyth concludes.

“This practice of big brewers swallowing up profitable, smaller craft operators shows no signs of slowing down.

“An industry-wide definition could be both helpful to smaller manufacturers and welcomed by consumers the world over, as many beer drinkers want greater clarity and assistance in navigating the category.”