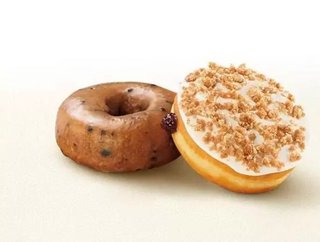 Dunkin Donuts is continuing its march forward toward extensive franchise growth, and in China that growth is being helped along by Philippines-based fra...

According to an Associated Press report, Jollibee Worldwide partnered with Chinese equity firm Jasmine Asset Holding Ltd, a subsidiary of RRJ Capital Master Fund II LP. Together the two formed Golden Cup Pte Ltd, a joint venture entity which entered into a master franchise agreement with Dunkin Donuts parent company Dunkin Brands in order to bring this massive order of Dunkin Donuts locations to life. The report also has Dunkin Donuts expressing its confidence in Jollibee as the operator with the chops to make this expansion happen:

The deal was noted Wednesday by Janney analyst Mark Kalinowski, who cited a report about it in the Nikkei Asian Review. Kalinowski said the agreement could lead to ‘‘a very nice international growth platform’’ for Dunkin’ Donuts if successful. He noted that Jollibee is a ‘‘premier restaurant operator’’ and the largest quick-service concept in the Philippines.

With its rapid growth and reintroduction into California last year, 2014 was a big year for Dunkin Donuts. If this new deal is any indication, Dunkin Donuts is ready for many more good years yet to come.