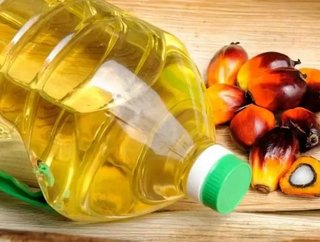 Breakfast is about to get a whole lot more sustainable. At the 2014 UN Climate Summit at UN Headquarters this week, a range of franchises, producers, an...

Breakfast is about to get a whole lot more sustainable. At the 2014 UN Climate Summit at UN Headquarters this week, a range of franchises, producers, and food processing companies launched the New York Declaration on Forests. This declaration, a non-binding political statement, supports a timeline cut deforestation in half by 2020 and seeks to effectively end deforestation altogether by 2030. Among those signing off on the declaration are Dunkin Donuts and Krispy Kreme, the most recent in a list of 21 companies to adopt zero deforestation policies. In particular, the two donut brands have pledged to stop using palm oil in an effort to curb deforestation.

Meanwhile, three of the largest producers of palm oil in the world – Wilmar, Golden Agri-Resources, and Cargill – also spoke out at the summit and pledged to support for the Declaration on Forests by seeking to reduce deforestation and create more sustainable supply chains for their production processes.

“We want to do our very best to be the trusted supplier of sustainable agricultural goods,” said Cargill CEO Dave MacLennan, at the UN Summit during an appearance with UN Secretary-General Ban Ki-moon and other leaders. “We are proud of our track record tackling deforestation. Today, I am here to say that we are going to do more.”

MacLennan also clarified that Cargill would not only be focusing on palm oil, but would also be expanding its sustainable supply chain efforts across all of its agriculture sectors including soy production as well. We understand that this sort of commitment cannot be limited to just select commodities or supply chains,” said MacLennan. “That’s why Cargill will take practical measures to protect forests across our agricultural supply chains around the world.”

Golden Agri-Resources Chairman and CEO Franky Widjaja also made an official statement regarding its commitment to and support of the Declaration. “GAR’s commitment to the New York Declaration on Forests is aligned to the goals of our Forest Conservation Policy,” said Widjaja. “At GAR, our commitment to sustainability stems from our internal values and principles in striving to be the best at what we do. We believe that multistakeholder engagement is the best way to achieve solutions for sustainable palm oil production and are greatly encouraged that commitments are made to work collectively to protect forests globally.”

For more information on what it all means and how your own organization can get involved, check out the full New York Declaration on Forests statement here.