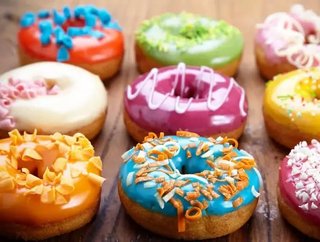 Australian food franchises Crust Gourmet Pizza Bar and Donut King are coming to the UK with the first stores set to open this year. Global food and bev...

Australian food franchises Crust Gourmet Pizza Bar and Donut King are coming to the UK with the first stores set to open this year.

Global food and beverage company, the Retail Food Group, has announced that it will be launching 250 Crust Gourmet Pizza Bar outlets and 140 Donut King outlets over the next ten years.

The first locations are expected to open their doors within the next six to eight months.

Jabbar Mumtaz, who secured the Master Franchise Rights for Donut King and Crust in the UK, said: “RFG and its Brand Systems have a great reputation, a quality product offering, and fantastic benefits for Partners and I look forward to working with the Company and introducing locals to pizza and donuts like they’ve never experienced.”

The franchise growth comes as part if the Retail Food Group’s wider strategy to expand internationally.

Growing the international penetration of RFG’s Brand Systems within new territories remains a focus for the Group and we’re certain our existing global experience will serve us well as we pioneer the Donut King and Crust brands in the UK, which has long been a target market for RFG,” said Retail Food Group International Chief Executive Mike Gilbert.

Over the past three decades, Donut King has grown to become Australia’s largest speciality doughnut an coffee chain, serving over 20 million customers per year and Crust Gourmet Pizza Bar has over 200 stores domestically an also operate in Singapore.

The Retail Food Group is Australia’s biggest multi-brand retail food franchiser with a network of over 2,500 outlets across 83 territories.