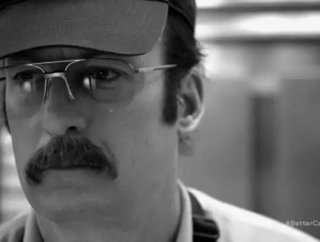 Did everyone catch the premiere of AMCs Breaking Bad prequel/spinoff Better Call Saul last night? If not, you might want to keep avoiding stories about...

Did everyone catch the premiere of AMC’s Breaking Bad prequel/spinoff Better Call Saul last night? If not, you might want to keep avoiding stories about it to protect yourself against spoilers. But if you did tune in, you might be reminded of the “best case scenario” Saul Goodman once described to Walter White:

As we now know from the new series cold open, Saul has wasted no time in making his best case scenario a reality. But while the “best case scenario” as written was meant to be more about his desperation for survival than his career aspirations, Cinnabon execs understands that for the most part all attention is good attention for the franchise—and a fan favorite series like Breaking Bad is a pretty great thing to be associated with. So with that in mind, Cinnabon is embracing the mention with open arms and taking to social media in pride of its newest employee: 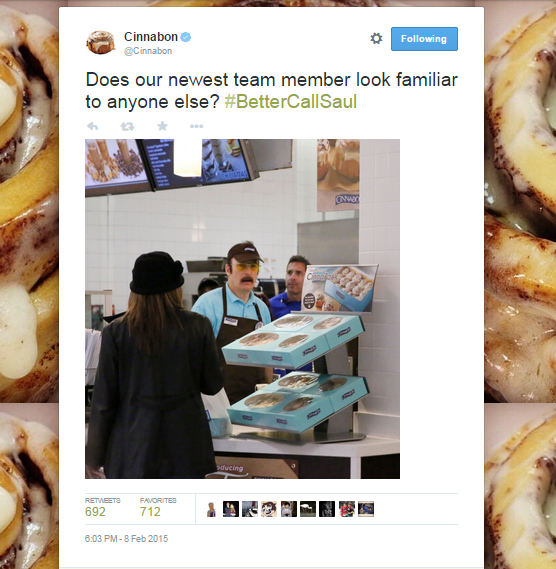 The brand hasn’t stopped there either, and its customers are reaping all the benefits. Cinnabon went on to announce that it’s “feeling generous after our debut” on Better Call Saul, and to celebrate it’s giving away free Minibons at every single one of its locations Monday night from 5PM to 9PM:

But wait—there’s more! Cinnabon may be in a giving mood, but the brand knows the power of publicity and striking while the iron’s hot. So while the brand already has consumers lining up for free Minibons, it’s also going even further with a contest enticing fans to exchange Twitter snapshots for a chance at delicious prizes ranging up to a year’s supply of Cinnabon: