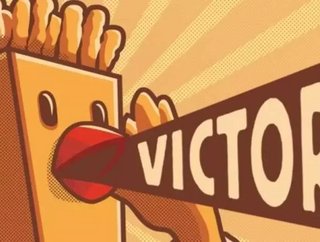 Menus change throughout the years, especially at franchise chains that have been growing and evolving for decades. Stagnation can kill your business and...

Menus change throughout the years, especially at franchise chains that have been growing and evolving for decades. Stagnation can kill your business and, while you don’t want to mess with a successful core concept and menu, it’s not uncommon at all to switch up your peripheral offerings to keep things fresh and current.

Still, there are always those special items that your consumers won’t be able to stop talking about when they disappear. When consumers start getting ravenous for those products that were left behind, a business is faced with the choice of shutting it down for good like an Arch Deluxe, or bringing it out of retirement like the McRib and testing its potential as a limited time offer (LTO).

This week Burger King took the latter approach and resurrected its iconic Chicken Fries, an item that was discontinued in 2012 after a strong seven year run.

“Our fans have spoken, and we had to listen,” said Eric Hirschhorn, Chief Marketing Officer North America, Burger King Corporation, in a press release from the company. “On peak days we’ve seen one tweet every forty seconds about Chicken Fries, many of them directly petitioning, begging, for us to bring them back. When you have guests who are this passionate about a product, you have to give them what they want. We want to do right by our guests by bringing them back for a limited time.”

Going the limited time offer route is an extremely solid plan. As a full time menu item, Chicken Fries are a bit tricky – a strange product with no multiple uses, certain to gum up the works in a busy BK kitchen for a questionable return on investment. But with this LTO run, BK’s executive team can gauge consumer interest. If they’re as tasty as consumers remember (and your editor can confirm from lunch that they are) and sales during the LTO period are strong enough, Burger King could spin Chicken Fries into their own McRib-type situation and launch them strategically for maximum profits.

Beyond profits, BK is also spinning this limited offer into a good cause. Capitalizing on the kitschy desires of the most diehard Chicken Fries superfans, the chain has also put limited edition memorabilia from t-shirts to 1-inch pins and bumper stickers up on an eBay shop with all profits going to Burger King's McLamore Foundation for college scholarships.