Barburrito partners with the Restaurant Group to roll out airport franchise 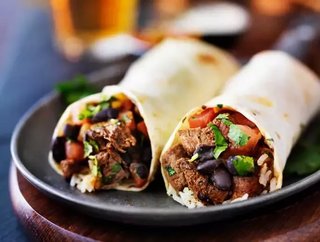 Mexican eatery Barburrito has struck a deal with the Restaurant Group, the parent company behind Frankie &amp; Benny’s and Chiquito brands. Through t...

Mexican eatery Barburrito has struck a deal with the Restaurant Group, the parent company behind Frankie & Benny’s and Chiquito brands.

Through the franchise partnership, Barburrito hopes to expand into the airport catering market, which is seen as an up-and-coming market in the food and beverage sector.

Last year chef Gordon Ramsey opened a fast-casual spin-off of his restaurant in London's Heathrow Airport which he hopes to expand worldwide.

Launched in 2005, Barburrito currently operated 21 sites across 10 UK cities. Through airport franchises, the company will make a range of made-to-order off items that will “offer busy commuters and holidaymakers an alternative to standard pre-packaged items," says the company.

"This is the start of an exciting partnership with TRG Concessions,” said Morgan Davies, founder and chief executive of Barburrito.

"With an established operating model working across 21 locations, we felt that it was time to explore a franchise operation with a sector leader in this space. We hope to be announcing our first airport location soon.”

Nick Ayerst, managing director of TRG Concessions, added: "We are excited to be working with Barburrito to bring an award-winning concept to UK airports.

"We are certain Barburrito will be well-received by passengers. We are looking forward to further strengthening our food and beverage offer and look forward to developing the relationship with our new partner."
Backed by private equity company BGF, Barburriot is the largest UK burrito brand outside of London.