Which Franchises Had the Most Effective Marketing in Q1 and What Can We Learn? 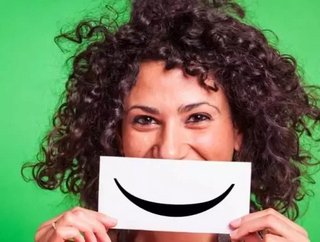 The creative marketing community busies itself daily attempting to hold our attention spans, but only a few succeed at getting their audiences to actual...

The creative marketing community busies itself daily attempting to hold our attention spans, but only a few succeed at getting their audiences to actually take action. This first quarter, the most successful marketers were McDonald’s and TGI Friday’s, reports Nation’s Restaurant News. Ace Metrix says that “positivity” and images of mouth-watering food were the most effective approaches.

The Ace Metrix evaluations were based on both McDonald’s and TGI Friday’s Super Bowl commercials.

In case you missed it, Mc Donald’s “Pay with Lovin’” commercial shows cashiers charging customers with requests to do something nice, like calling their mom to say I love you or telling their child what they love about them the most.

TGI Friday’s “January” commercial plays on how it’s the month when people make New Year resolutions often based on food. The commercial—while showing truly delicious-looking food—affirms both the desire to want to cut back on calories and, to not, and continuing to eat plentifully.

It’s clear why “Pay with Lovin’” works. It makes us feel very good, an emotion that is magnified by the yellow theme in Mc Donald’s imagery. The commercial makes us feel good, not just in general, but good about humanity. The viewer is exposed to various images of people performing Hallmark moments. Additionally, the commercial projects the advertiser in the best of possible ways. There is no money exchanged between the customer and the provider. What’s exchanged instead is kindness. Wow. Finally, Mc Donald’s ties the images to a real campaign where customers will be randomly charged with acts of kindness through a set date. The advertiser projects humankind at our best, a powerfully positive image that worked very well for Mc Donald’s.

TGI Friday’s success is based around desire. It recalls the desire to act “good” and eat healthy and be “bad” and keep eating to our heart’s content. The genius of the commercial is that, instead of taking the “healthy” side—the default attitude, it affirms both impulses. In doing so, TGI Friday’s appeals to both the “dark” and the “light” impulses in every human being, apparently telling its audience that, yes, they can have it both ways—at least in fantasy. More importantly, it validates two opposite audiences. The takeaway in this situation is to isolate two competing desires and validating both around a product that provokes the five senses.