Vaccines – an injection of sustainability for food industry 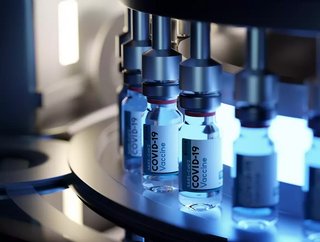 The other day this author bore witness to an extraordinary conversation between two ‘soccer dads’, who had convened to watch their children play football. What transpired was as natural as discussing their team’s battle for promotion: “I had Pfizer, and couldn’t believe how easy it was, how about you?”

“I had the Oxford/AstraZeneca one, but I’m not worried – I feel indestructible.”

Only 18 months ago, this conversation would have been inconceivable. Not only was an international pandemic unthinkable, but the idea that ‘Nigel and Steve’, a couple of replica-shirt-wearing blokes, who enjoyed a pint, could be casually name-checking pharmaceutical companies and displaying knowledge of the life sciences industry, would have been surreal to say the least.

This was, however, was ‘vaccine chat’ as we now know it. Folk shooting the breeze about a life-saving, life-affirming injection.

This was about the travails of humanity, sure, but it also represents a fundamental part of the ‘new reality’ in which we exist. The highlighted exchange, and millions of others, are unfolding throughout our communities, and while it is undoubtedly weird – relative to 50 years of discussing the weather – it is also oddly magnificent. During an existential crisis, spreading the word (digitally and literally) about the myriad positive aspects of the coronavirus vaccination is a highly impactful wingman to public sector campaigns, while also providing an antidote (quite literally) to the wildfires of anti-vaxx flimflam.

It is proof, above all, that the human race is starting to consciously wrestle with the ultimate sustainability challenge – the continuation of humanity (and, of course, being able to ‘go down the pub’). It’s been a mesmeric event for humanity, yes, but the shot in the arm for the business superorganism should not be underestimated either.

Private sector ingenuity has been key to the emergence of a fast-tracked COVID-19 vaccination. Labwork, molecular wizardry, fundamental understanding of the virus and rebooted clinical trials all unfolded at mind-boggling speed – all underpinned by the digital era.

Essentially, a decade’s work was undertaken in a few months. While most of the human race were fighting each other over linguine or emptying supermarket shelves of toilet roll, in a post-apocalyptic frenzy, Pfizer/BioNTech (or, as I overheard someone say, ‘Pfizer/Beyoncé’), Moderna, Johnson & Johnson, Oxford University, AstraZeneca and a host of other pharma companies and institutions were taking on the conundrum of a lifetime.

Make no mistake, if all this had happened in 1995 or at the turn of the century, or even 2005, the prognosis for humanity would have been very bleak indeed. It says something for those organisations involved that they were able to ignore the noise and create a vaccine as part of a ‘quiet revolution’ – with the fanfare only beginning with the roll out. Indeed, while the bravery of international healthcare professionals cannot be underestimated, it is unlikely that people would line the streets and applaud the companies responsible for the vaccine. And, yet, without this beacon to sustainability thousands of people every week would still be perishing – panic would reign on the streets of our communities, businesses would disintegrate and life as we know it would grind to a halt interminably.

It crystallises a truth that dare not speak its name – that continuity is a joined up approach. Sustainability is not a flag flown exclusively by public organisations, but a cohesive enterprise and an established culture born out of the pragmatism of the public sector and the future-proofing pyrotechnics of its private sector allies. This requires a narrative shift, which fully appreciates the role of tech, energy, healthcare, construction, fashion, food companies in the bigger sustainability picture. In this regard, it is as much about solidarity as distinction.

The evidence of joint-working or partnership could not have been more compelling than in the last few months. Throughout Europe, the development of the vaccine has gone from private laboratories and manufacturers, to being administered by public sector healthcare staff. It has demonstrated quite profoundly that initiative and innovation, even under the most extreme circumstances, can be a global force for good, while also igniting our passion for sustainability.

Back to the future

The COVID-19 saga has been a stark reminder of, not just of our collective fragility as a species, but also the enduring requirement of people’s ability to control, fuel and sustain the machines of the corporate and commercial ecosystems. The threat posed by the virus, was a threat to everything we have built; all the inventiveness, the innovation and the vast leaps of faith that have fired the pistons of global industries and lubricated the cogs of innumerable companies throughout the world.

While immediate agility and precautions have provided a sticking plaster, it is only the vaccine that has yielded a true salvation and provided Chief Sustainability Officers with a demystifying agent when it comes to plotting the medium to long-term functionality of organisations. Indeed, make no mistake, the emergence of the vaccine is the single greatest sustainability milestone of the last 100 years. End of.

Digital transformation has been at the epicentre of this remarkable transformation. In sync with the march toward a tangible, exhilarating future; one which isn’t clouded by face coverings or bizarre pavement navigation, has been the participation of people. Motivated by curiosity, altruism or intrepidness, the exponential rise of ‘Patient 2.0’ has been critical to the vaccine drive.

Wearables, healthcare apps and digital medicine have enabled the instant processing of biological events by laboratories and clinical trials; accelerating through interpretive algorithms in a fraction of a second. Thousands of people across the globe are much more in tune with their own health, knowledgeable about the wider healthcare stratosphere and are more than willing to invest in the longevity of life, be it there’s or other people’s. Consequently, individuals are combining on a global basis to yield hitherto unimaginable levels of data.

The management of business sustainability in a post-COVID-19 world is constantly evolving and companies will need to be prepared; new chapters in company handbooks will be composed and new chapters in the history of organisations will be written. We are at a unique moment in corporate history and we get it wrong at our peril.

In terms of diversity, there are also emerging ‘duty of care’  which fall under neo-corporate social responsibility. Some people within minority groups relating to ethnicity, religion or condition, have completely understandable concerns or perceptions about the vaccine, many based on previous experiences of discrimination. The key is to open the channels of communication and impart information on the vaccine which is honest and, above all, empowering to every individual. The commitment to a diverse, sustainable workforce, is a commitment to a better world – and the need to embrace inclusivity has never been greater.

There is an important distinction, however, between the need to be heard and malicious refusal to be vaccinated. All great discoveries are a reflection of society and the dangerous spreading of false information unquestionably a manifestation of our times which could have a negative impact on business sustainability.

There is an onus, as with any matter relating to health and safety, on companies to reduce or eliminate this risk. This means getting behind the vaccine and having the mechanisms in place which eradicate scepticism or recklessness. After all, someone who is refusing to receive the vaccine is no less dangerous than someone blithely setting fire to the carpets. Anti-vaxx culture could easily spread in the offices and corridors of our corporate infrastructure, which is why CSOs will already be hatching plans to handle a significant and highly-dangerous minority which are explicitly opposed to the vaccine.

It is worth recalling that when the first cinemas opened, early audiences thought the train on the film was going to burst through the screen, and they dived into the aisles to avoid it. Once they realised, however, that their fear was unfounded, and that the locomotive didn’t present any danger, they picked up their popcorn and continued watching the movie.

The challenge for us is to convince the world that the vaccine train is taking us all back home, and no one should be left behind.