US Brewing Industry Reaches Milestone with 3,040 Breweries in Operation 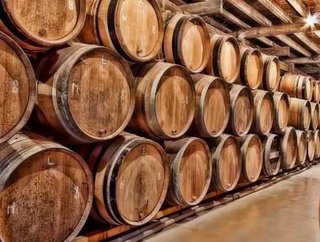 Theres no question that the brewing industry in the United States is growing, but the speed and strength with which the industry is expanding never fail...

Why is this an important milestone? According to the Brewers Association, this marks the first time that the country has had more than 3,000 breweries in a state of production since the 1870s when the Prohibition movement began to take hold. A press release from the association notes that the highest point for the country’s brewing industry is 4,131 breweries in operation, which was recorded in 1873 (by 1880, the industry had seen a dramatic decline to 2,830).

Of course, major breweries like Budweiser through AB InBev are as productive as ever before. But this growth also signifies the expansion and diversification of brewing in the United States through the craft brewing movement. Smaller regional breweries are cropping up across the country – as the press release states, the majority of American consumers now live within 10 miles of a local brewery.

But that doesn’t necessarily mean that saturation is on the horizon, or even close yet. Because of this shift toward regional breweries, the average consumer is not inundated by exposure to all 3,000 breweries on a daily basis, which is also good for those breweries as it allows for industry growth while keeping the overall competition from becoming overwhelming.

That’s a good thing too, because the Brewers Association also notes that an additional 2,000 breweries are already on the books as within the planning stages of development. That means that the numbers are going to exceed those 1870s high points soon, and the American public is ready.