Guinness is going vegan in 2016 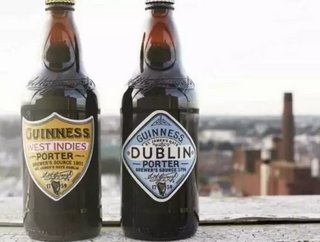 For dark beer fans, Guinness is a classic. Now the Diageo-owned Irish brewery has a New Years resolution to make that classic stout available to an even...

For dark beer fans, Guinness is a classic. Now the Diageo-owned Irish brewery has a New Year’s resolution to make that classic stout available to an even wider audience. A new statement from Guinness announces that the brewery will be changing its processes to make Guinness stout vegetarian- and vegan-friendly in 2016.

The reason that Guinness is not already vegetarian-friendly is isinglass, a type of gelatin material made from the swim bladders of fish and used to filter beer. Because of this filtration process, it’s impossible to entirely rule out the potential for some traces of fish material making it into the finished product. But according to the brewery, Guinness will be phasing out the use of isinglass and replacing it with a fish-free alternative:

"Isinglass has been used widely within the brewing industry as a means of filtration for decades," the company said in a statement. "However, because of its use we could not label Guinness as suitable for vegetarians and have been looking for an alternative solution for some time."

Reports indicate that Guinness, which is currently produced in 49 countries, will only be replacing isinglass at its flagship Ireland brewery at the moment. But if that change proves successful, it could pave the way for a company-wide shift that will make a lot of dark beer-loving vegans very happy.