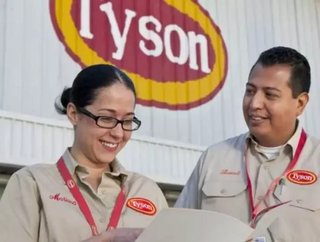 Tyson Foods may have ended up winning out over Pilgrims Pride in the battle to acquire Hillshire Brands earlier this year with its dominant $7.7 billion...

Tyson Foods may have ended up winning out over Pilgrim’s Pride in the battle to acquire Hillshire Brands earlier this year with its dominant $7.7 billion bid, but Pilgrim’s Pride isn’t going home empty handed. On Monday Tyson Foods announced that it will be selling off its poultry operations in Mexico and Brazil, and Pilgrim’s Pride parent company JBS SA will be reaping all the benefits.

According to reports, Tyson Foods CEO Donnie Smith told analysts on a conference call that, while the Mexican and Brazilian businesses were certainly good and profitable for Tyson Foods, they did not have “the necessary scale to gain leading share positions.”

Due to this assessment, Tyson made the decision to cut the businesses loose – partly to concentrate on its growing Asia market, and partly in order to bring in capital and reduce debt that the company accrued with its recent major acquisition. “In the short term, we'll use the sale proceeds to pay down debt associated with our acquisition of Hillshire Brands,” said Smith. “Longer term, we remain committed to our international business and will continue to explore opportunities to extend our international presence.”

So how will the businesses be divided? CNN Money reports that Tyson’s Brazil operations (known as Tyson do Brasil) will be acquired through JBS Foods, a wholly owned subsidiary of JBS SA. The subsidiary will gain Tyson do Brasil’s three fully integrated poultry production plants in Santa Catarina and Parana, along with the 5,000 team members that the plants employ. Meanwhile the vertically integrated Tyson de México, with three plants and seven distribution centers based out of Gomez Palacio, will be acquired by Pilgrim’s Pride itself, which is 75 percent owned by JBS SA.

JBS SA will be paying a cool $575 million in cash for the businesses, and analysts expect the deal to be completed by the end of 2014.