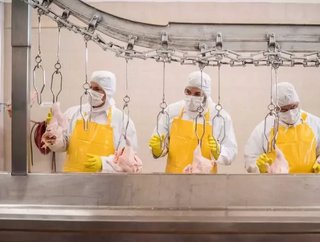 Tyson Foods, Inc. has announced plans to build a new poultry processing complex in Humboldt, Tennessee. Once operations begin in 2019, the US$300mn pro...

The multinational food company said that the facility will produce pre-packaged trays of fresh chicken for retail grocery stores nationwide and is predicted to process about 1.25 millions birds per week.

“The location is attractive to us because of the strong support we’ve received from state and local leaders, the existing industrial park and availability of labour, as well as access to feed grains produced in the region,” said Doug Ramsey, Tyson's group president of poultry.

“As one of the world’s leading protein companies, we continue to raise the world’s expectations of how much good food can do.”

The new facility which includes a processing plant, hatchery, feed mill and related operations - will be the fifth Tyson facility in Tennessee.

In recent months, the protein company has seen rising sales not just in chicken but also in the beef, pork and prepared food market segments.

In its most recent quarterly report, Tyson Foods saw sales in its chicken operations rise 10.6% due to increased demand.

The US has experienced increasing consumer demand for poultry products, with per-capita chicken consumption up.