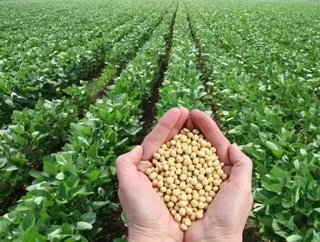 Soy is one of the largest commodity crops growing in North America, with hundreds of applications for everything from the whole bean to components like...

Soy is one of the largest commodity crops growing in North America, with hundreds of applications for everything from the whole bean to components like soy protein isolate and soy lecithin. When it comes to the consumer market, however, soy products spent decades fighting fringe status as a product only fit for vegans and the lactose intolerant. But public image of the humble soybean has been changing, and new data backs up the idea that soy is enjoying more popularity today than ever before.

According to the study researched by Mintel Group for the Soyfoods Council, soy-based food products made up a total of 21 percent of all new products launched in 2013 – compared to 12 percent in 2008, that’s a significant jump over a five-year period.

Mintel Group tracked thirty different types of soy products and ingredients in its study, and observed a rise in use of all of these. What has made soy such an appealing ingredient for food processors to work with? There are a couple of significant reasons.

One is a significant rise in consumer interest that has lifted soy products out of health food stores and into mainstream grocery aisles. Consumers are continuing to look for alternative proteins, especially leaner proteins with a lower fat profile compared to traditional beef or dairy. “Tofu and edamame are enjoying growth, including in prepared meals, while soymilk is found in energy drinks and other beverages,” reads the study summary. “Soy protein meat substitutes include a wide range of products, such as burgers, roasts, patties, veggie protein slices and sausages. The growing use of soymilk also is evident in options such as soy yogurt, energy drinks and beverage mixes.”

Another is soy’s availability and ease of use as an additive in food processing. Mintel notes that 40 percent of all meat and seafood products contain soy ingredients – as commodity costs on products like beef have risen, soy-based textured vegetable protein has gained acceptance as a way for restaurants to stretch items like ground beef while keeping prices low for consumers.

It’s always necessary to consider the source when reading a study – a study on soybean growth funded by the Soyfoods Council is more likely to be positive than neutral. But the numbers don’t lie. Right now is a good time to be a soybean.