The rise of Omega-3: Global market will almost double by 2022 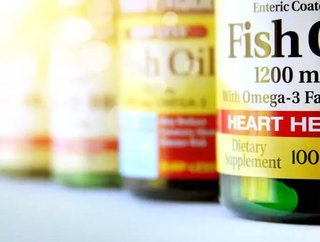 The family of nutritional products which include Omega-3 dietary supplements are set to nearly double in global market value, a new study shows. The gl...

The family of nutritional products which include Omega-3 dietary supplements are set to nearly double in global market value, a new study shows.

A report published by MarketsandMarkets says the industry is emerging due to increased awareness about the benefits of a healthy diet among the population, growing health concerns, increasing incidences of diseases with poor therapeutic alternatives, and a large portion of the population trying to ward off the effects of aging.

The growing innovation in almost all segments such as functional foods, pharmaceuticals, infant formula, animal nutrition, and dietary supplements are also fuelling the growth of lipid nutrition in emerging economies.

The Omega-3 segment is estimated to account for the largest share in the lipid nutrition market in 2017. It is considered as the most widely used lipid nutrition type, owing to its various health benefits. The Omega-3 market is driven mainly by the growing health consciousness and increased life expectancy among consumers, rising cases of chronic diseases, increasing applications and emerging technologies in food processing to upgrade the nutritional benefits of the food products.

Geographically, Asia is the main region driving this growth. The growing infant and women nutrition markets in countries such as India, China, Japan, and South Korea along with diet diversification, and the liberalisation of foreign direct investments in the food sector, are the main factors contributing to the dominance and fast growth of Asia-Pacific.

China is the dominating country in the Asia-Pacific region due to the high consumption of lipid nutrition in infant nutrition and animal nutrition sectors. There have also been immense growth opportunities in the European and North American markets, due to the rising demand for lipid nutrition from the food and feed industries.