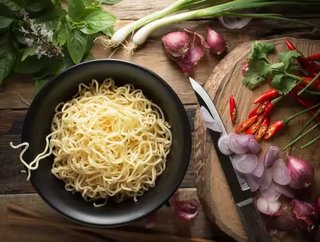 Price - who joined Nissin Foods in 2015 as vice-president of sales - will succeed Al Multari who is set to retire on 1 October 2018.

“Mike brings immense talent and business acumen to the company, and I am excited to see what future growth opportunities he will unlock for the company,” said Mr Multari. “Having worked with him for more than three years, I know he will take the right steps to move the business forward by continuing our broader strategic vision.”

Under his leadership, Al Multari has overseen significant transformations. Since he took the role in 2015, the firm has reformulated its Cup Noodles and Top Ramen products - notably reducing the sodium content and removing both added MSG and artificial flavours.

Before joining Nissin Foods, Mr Multari was president of the baking division at Nestle USA.

“It has been a tremendous honour having Al serve as our president and c.e.o. of Nissin Foods USA during a time of major historical changes for the brand, and I am incredibly proud of everything we have accomplished together in just three years,” Mr Price said. “I am excited about my upcoming role with the organization and look forward to continuing to do great work with the U.S. team.”

The company’s founder, Momofuku Ando, is credited with inventing the world’s’ first instant noodles in 1958.