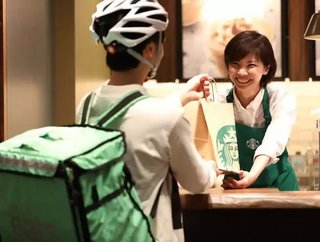 Starbucks Corporation has unveiled that it plans to accelerate its sales and profit growth in Japan by enhancing the customer experience. The world’s...

Starbucks Corporation has unveiled that it plans to accelerate its sales and profit growth in Japan by enhancing the customer experience.

The world’s largest coffee chain announced it plans to build 100 net new stores annually over the next three years in Japan - bringing its store count to 1,700 across the market.

As well as this, Starbucks has partnered with Uber East Japan to launch its Starbucks Delivers program to deliver Starbucks beverages and food items directly to customers.

Through the strategic collaboration, Starbucks’ will be able to connect to more than 78 million LINE users across Japan.

Additionally, Starbucks Japan will also begin a pilot of the Mobile Order and Pay program in 2019,  enabling customers to order and pay from their mobile device and pick-up in store, skipping the line.

“Starbucks Japan was built as a performance-driven company, guided through the lens of humanity, from the time of our first store opening in Tokyo in 1996,” said Takafumi Minaguchi, Chief Executive Officer at Starbucks Japan.

“We continue to set the pace for innovation and service for Starbucks globally by focusing on creating genuine human connections in our stores and positively impacting the communities we serve.”

After 22 years in the country, Starbucks Japan also announced that it will open the Starbucks Reserve Roastery in Tokyo in February 2019.

“The strength of our brand in Japan, the momentum in our business, and the spirit of our partners who proudly wear the green apron give me great confidence in our ability to elevate the Customer Experience and drive growth to continue to build our brand,” said Kevin Johnson, Starbucks president and chief executive officer.

“We continue to thoughtfully evolve within Japan’s elevated coffee culture to maintain a leadership position and achieve profitable growth for the long-term."