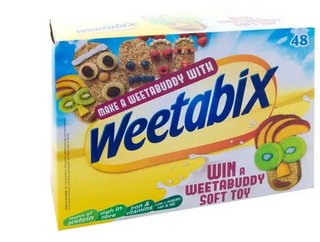 It’s another Marmite-gate. Around 300 boxes of Weetabix breakfast cereal have been impounded by customs officials in New Zealand after its home brand...

It’s another Marmite-gate. Around 300 boxes of Weetabix breakfast cereal have been impounded by customs officials in New Zealand after its home brand Weet-Bix complained about the UK version’s arrival.

Destined for Christchurch, the Weetabix pallet was on its way to ex-pat store A Little Bit of Britain, before Weet-Bix caught wind of the plan.

This has led to campaign on social media under the hashtag #freetheweetabix, as shop owner Lisa Wilson accused Australia's Sanitarium, producer of Weet-Bix, of bullying her small business. She refused the demands made in order to release her shipment, which would have seen the Weetabix logo covered by a sticker and also blanked out on the shop’s website.

Talking to the Guardian newspaper, she said: “They are trying to force us to do what they want because they are a multimillion-dollar company, but we are not willing to bow to Sanitarium’s demands as we don’t believe there is a case of trademark infringement here and we are standing up for that principle…

““They taste different as well. Brits who have grown up on Weetabix like it but Kiwis prefer their Weet-Bix, it isn’t a competition.”

Weetabix has been a top seller for the shop, with it managing to shift 12-13 pallets a year to expats seeking home comfort breakfast cereal.

Australian and New Zealand consumers are coming to the defence of Wilson’s store, taking to social media to encourage a boycott of Sanitarium’s goods until the shipment of UK Weetabix is released.

However, the multimillion dollar food manufacturer appears to be resisting, at least for the time being. New Zealand General Manager Rob Scoines said: “The Weet-Bix brand is protected by international law and in turn it is often precluded from being sold in other global markets due to the Weetabix trade mark.

“In this instance, we have offered the importer a solution which enables them to sell their product while protecting our Weet-Bix brand.”