Nestle to Focus on Africa Infrastructure and Marketing to Cultivate Growth 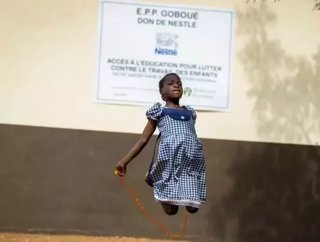 Keeping informed and focused on all of the regions you serve is important to maintaining strong sales across your different sectors. This month, Nestl&e...

Keeping informed and focused on all of the regions you serve is important to maintaining strong sales across your different sectors. This month, Nestlé SA has announced that it is planning to focus on consumer and market trends in Africa in order to foster growth and provide the right products and deals that the regional demographic needs.

AllAfrica reports that Cornel Krummenacher, the new CEO for Nestlé’s Equatorial Africa region, has stated that he is committing his focus to understanding what African consumers want and better understanding what consumer needs in the market have not been met so that Nestlé can fill in those gaps:

"Our products have received recommendable growth over the years in the region and my focus is to now further this growth," said Cornel in a statement… "We have focused on developing a strong infrastructure with the construction of two new factories in Angola and Democratic Republic of Congo, but the next move will be more focused on the end users of these products.”

Nestle is becoming increasingly active in Africa in a variety of ways. In East Africa, Nestlé is paying attention to improving productivity and the lives of dairy farmers through a two-year program in conjunction with Bill Gates and Intellectual Ventures’ joint initiative Global Good. According to Nestle, the program intends to promote a more widespread use of a special “Mazzi” milk container in order to improve the quality and quantity of sellable milk for small dairy farmers in the region. The milk containers have a wide mouth for easier milking, and a special funnel to help farmers detect udder infections and better monitor the health of their cows for healthier livestock and a better product.

Meanwhile in South Africa, Nestlé has just announced a new five-year, ZAR 2 billion (CHF 170 million, or $178 million USD) plan to invest in the area by building out its facility capacity, refurbishing infrastructure, and converting its dairy factory in Mossel Bay into a water neutral facility. In a press release from Nestlé, Managing Director and Chairman Ian Donald further elaborated on plans in the region:

“Nestlé believes in Africa as an investment destination and part of our ongoing investment will include increasing capacity for our coffee factory in Estcourt, Kwa-Zulu Natal with the aim of creating a coffee hub for the region,” said Donald.

With these multiple efforts already underway, it stands to reason that Nestlé should be looking forward to increased production and sales within the region before long.