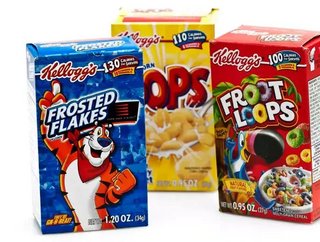 Kellogg Co. has revealed its plans to buy niche-protein bar company RXBAR for U$600mn, as the world’s largest cereal maker looks to expand its portfol...

Kellogg Co. has revealed its plans to buy niche-protein bar company RXBAR for U$600mn, as the world’s largest cereal maker looks to expand its portfolio of healthier food and tap into the millennial consumer market.

The move comes as big food manufacturers are tapping into new brands to offset the falling sales of sugary, processed products.

RXBAR, which is owned by Chicago Co., will continue to operate independently after the deal but will benefit from Kellogg’s distribution, research and development capabilities, the company said in a statement.

Kellogg, like other food giants such as General Mills, Campbell’s Soup has been battling weak sales, with shares hitting their lowest prices in over two years last August.

Many consumers have turned away from Kellogg’s longtime staples such as Cornflakes and Special K, amid a growing consumer preference for fresher and healthier foods.

As the company has faced declining sales, Chief Executive Steven Callihane, who recently took over from John Bryant, is tasked with reinvigorating slumping sales in a turnaround bid.

In statement, he said: "With its strong millennial consumption and diversified channel presence including e-commerce, RXBAR is perfectly positioned to perform well against future food trends.”