Starbucks, PepsiCo and Mars Inc among world's most ethical companies in 2018 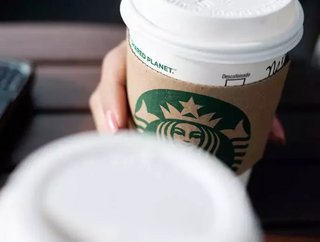 Starbucks has once again been honoured by the Ethisphere Institute as one of the most ethical companies in the world.

The Ethisphere Institute recognises companies which “influence and drive positive change in the business community” and, for the 12th year in a row, the coffee chain has topped the list.

This year 135 companies were honoured with just six food and beverage companies making the list.

Kellogg’s, Mars Inc., Illy, Grupo Bimbo, PepsiCo and Starbucks all made the list for demonstrating achievements in transparency, integrity, business ethics and compliance.

Since Ethisphere’s launch in 2007, Starbucks has been chosen every single year the institute compiled its list.

In previous years, the US-based coffee chain has pledged to donate over 100 million health coffee trees in regions such as Central America to make coffee farming more sustainable. Meanwhile, Illy coffee has also committed to sourcing only sustainably-grown coffee beans.

Mars Inc. has pledged to battle climate change after launching its ambitious Sustainability in Generation Plan last year. As such, the confectionary giant said it will invest around US$1bn in its sustainability initiatives and will slash greenhouse gas emissions across its value chain by 67% by 2050.

Kellogg’s already uses 20% renewable energy and has supported nearly 300,000 farmers with climate-smart agriculture around the world and PepsiCo is moving to use sustainable sources of palm oil after it committed to participating in Oxfam’s Fair Company-Community Partnerships project.