IHOP becomes IHOb, and the 'b' stands for burgers 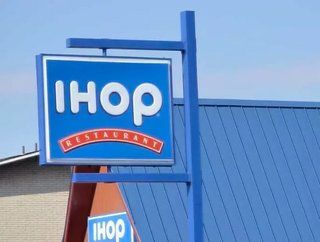 IHOP Restaurants has rebranded, and will now be known IHOb, with the ‘b’ standing for burgers, the company has said. The news of the rebrand was r...

IHOP Restaurants has rebranded, and will now be known IHOb, with the ‘b’ standing for burgers, the company has said.

The news of the rebrand was revealed next week, with speculation about what the ‘b’ may stand for, with guesses ranging from brunch to bananas.

In a release, IHOb said that change in fact celebrates the debut of the brand’s new Ultimate Steakburgers, a line-up of seven mouth-watering, all-natural burgers.

To show the brand is as serious about burgers as it is about its world-famous pancakes, it’s flipped the “p” to a “b” in their iconic name for the time being, including its Twitter handle.

A flagship IHOb restaurant in Hollywood, CA, has also been completely “re-burgered”, and will offer all of the company’s new range of burgers, with its Ultimate Stakeburgers to come in seven varieties.

“Burgers are a quintessential, American menu item so it makes perfect sense that IHOP, one of the most iconic, all-American comfort-food brands in the world, would go over the top to create a delicious line-up of quality burgers that hit the spot any time of day,” said Chef Nevielle Panthaky, Head of Culinary at IHOb.

“Our new Ultimate Steakburgers are made with all-natural, 100% USDA Choice, Black Angus ground beef that is smashed on the grill to create a sear that locks in the juices and flavour.