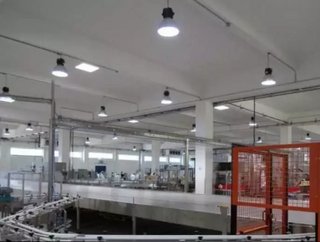 Danya Foods is celebrating a staggering growth of 22 percent in terms of volume, thanks to the DKK 35 million of investment in training, systems, proces...

Danya Foods is celebrating a staggering growth of 22 percent in terms of volume, thanks to the DKK 35 million of investment in training, systems, process optimisation, production and warehousing capacity and is now looking better than ever in the Middle East and North Africa region.

Danish based global dairy giant Arla Foods, producer of the unmistakable Lurpak butter, is the parent company of Danya Foods. This has seen particularly benefits for Danya as growth has also been partly driven by low prices in the countries where it sources its products and raw materials from, which is usually EU.

Thomas Nordholt, Regional Supply Chain Director at Danya Foods, said: “Not only production and operational capacity, but with all of the investments we did in automation has allowed us to meet an ever-growing demand. We have been able to significantly reduce our production cost per kilo and distribution cost per kilo, and this have helped us finance other parts of the company that have driven the accelerated growth. This is very positive for us and our owners and will help drive our regional expansion in the years to come. This has also allowed us to compete in new markets which have helped grow our volumes further.

“We have an increased requirement to employ local staff; it’s called Saudization and it is good for the national economy to do this, so we have embarked on the project and managed to place Saudis in roles where we once only had expats. More admin, procurement and warehousing roles are now filled by locals where we previously had to rely on expats. It means we have more stability as a business too, in terms of retention.

“We have expanded our product range mainly with line expansions. We have also re-launched our main brand called Puck, in new packaging designs across many product ranges. It has been well received in the market so now we see new products that look as high-quality, nutritious and appealing as they actually are.”

To learn more about competitive technologies and the future of Danya Foods, click here to read the rest of this article on FDF World.