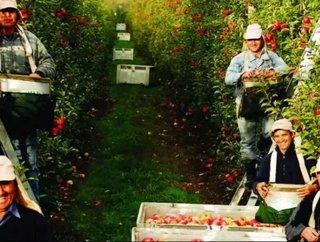 The Agricola San Clemente Venture originated from a property exchange, when country lands located in the Maule province near the city of Talca&mdash;in...

The Agricola San Clemente Venture originated from a property exchange, when country lands located in the Maule province near the city of Talca—in Chile’s central valley, the country’s agricultural stronghold—became an asset for a real estate development group who were experiencing a housing surplus during a financial crisis in the mid-eighties; housing units becoming expendable and new opportunities were sought, as farming became the new activity for this business group.

“Surplus” became a common term in the organization, since fruit production thrived beyond expectations and beyond the possibility of placing the entire production in the domestic marketplace. This fact was a call for action for San Clemente’s high management, resulting in the creation of a packaging division and building a cold store, which also meant the beginning of export operations for the company; this is how San Clemente Foods was born, as an affiliate in charge of exporting juice from concentrate, puree and other by-products.

In 2012, the San Clemente Foods division moved to a new facility. The company’s operation is certified by global entities such as the British Retail Consortium, the U.S. Grocery Manufacturers Association and the European Food Safety Inspection Services, to name a few.

But if there’s an attribute that makes San Clemente stand out from its competition, it’s the ability to adapt to every client’s needs and demands according to global packaging standards.

“Our ability at catering for every client’s specific requirements in a timely fashion makes a difference,” stressed Pablo Fehlandt, CEO for San Clemente Foods. To learn more about adaptability and growth at San Clemente Foods, click here to read the full article in the November 2015 issue of Food Drink & Franchise!