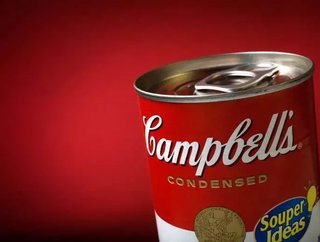 Campbell Soup shares slumped on Thursday after the food retailer announced poor sales that are expected to remain lukewarm next year. The company’s s...

Campbell Soup shares slumped on Thursday after the food retailer announced poor sales that are expected to remain lukewarm next year.

The company’s sales dropped to US$1.66bn, just shy of the US$1.69bn predicted by analysts at Thomson Reuters.

It marks the 11th consecutive quarter that sales have declined for the iconic soup maker.

“The operating environment for the packaged foods industry remains challenging due to shifting demographics, changing consumer preferences for food, the adoption of new shopping behaviours and the dynamic retailer landscape," said Denise Morrison, Campbell’s president and CEO. "In these times, sales growth remains a challenge.”

Summer isn’t the most popular season for soup however, the results reveal a broader trend in the food industry. Consumers are increasingly opting for fresh, organic foods and are skipping the middle aisles of supermarkets where processed foods are usually kept.

Despite making inroads into the fresh food market.  During the last five years, it acquired Bolthouse Farms, a maker of carrots, smoothies, juices and dressings; Plum Organics, a children’s food and snack company; and Garden Fresh Gourmet, a maker of salsa, hummus, dips and chips.

Sales at Campbell’s fresh foods division, rose 1 percent, however, the unit had an operating loss of $8 million in the quarter.

Campbell Soup warned of a challenging 2018, forecasting that sales will fall by as much as 2%.

CEO Denise Morrison added that Campbell’s is looking to manage costs ‘aggressively’ and will position itself for growth by investing in promising areas such as “real” foods rather than processed foods, digital and e-commerce platforms, health and well-being, and snacks.