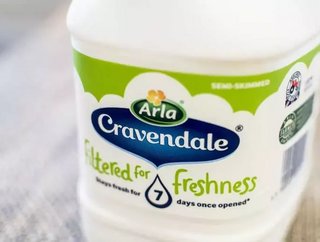 International dairy cooperative Arla Foods has announced that it will sell its cheese site in Sonthofen, Germany, to its peer German-based dairy firm Al...

International dairy cooperative Arla Foods has announced that it will sell its cheese site in Sonthofen, Germany, to its peer German-based dairy firm Allgäuer Hof-Milch for an undisclosed sum.

Located in South Germany,  the site produces around 5,1000 tonnes of speciality cheeses including red wine cheese and wheat beer cheese.

However, Arla says that the production of these niche cheeses no longer complies with the strategic plan of the brand.

“All of our production sites in Germany are focused on supplying both the German market and our export markets, playing a crucial role in our delivery of the Arla Group strategy, Good Growth 2020,” said Peter Giørtz-Carlsen, Arla Foods’ executive vice-president and head of Europe.

“However, since the site in Sonthofen no longer corresponds with our overall strategic aim, we are pleased to have found a suitable buyer to continue its production and legacy.”

Arla Foods said that there are currently 84 people employed in total at the site and that the 61 employees from production and the associated dairy shops will be continued to be employed by  Allgäuer Hof-Milch.

Last month, Arla Foods announced that it had appointed Markus Mühleisen as the new head of its German and Austrian operations.