AB InBev is making its move toward an SABMiller takeover 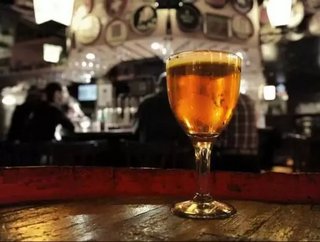 After months of rumors and speculation, it may finally be happening: Anheuser-Busch InBev is making its move to acquire top competitor SABMiller. On Wed...

After months of rumors and speculation, it may finally be happening: Anheuser-Busch InBev is making its move to acquire top competitor SABMiller. On Wednesday AB InBev issued a statement confirming that it has approached SABMiller Plc with the proposition of merging the two companies into a global beverage powerhouse. Now that the cards are on the table: what’s next?

This potential merger is only in its most nascent stage at this point, and quite far from a sure thing. AB InBev noted as much in its official statement. “There can be no certainty that this approach will result in an offer or agreement, or as to the terms of any such agreement,” the statement reads. “A further statement will be made as appropriate.”

In the meantime, the brewing company has asserted its intentions to work closely with SABMiller’s board of directors in the hopes of putting together “a recommended transaction.” But some large obstacles stand in its way, particularly the antitrust red flags that a superpower merger of this proportion would undoubtedly trigger. AB InBev’s acquisition of Grupo Modelo was only achieved with substantial divestitures, and similar legal roadblocks eventually forced top foodservice distributors Sysco and US Foods to abandon their merger attempt earlier this year.

RELATED CONTENT: Could an AB InBev-SABMiller Merger Be Good for Carlsberg and Heineken?

For SABMiller Plc’s part, the company has acknowledged that AB InBev has approached them with the intent to propose an acquisition—but notes that nothing concrete has been received yet. Until that happens, SABMiller is advising its shareholders to hold off from taking any action. But at this point, AB InBev is on a deadline: the company has until October 14 by 5:00PM to make an offer.

Mergers and acquisitions are in the air in the brewing industry right now, with even SABMiller itself acquiring San Diego craft brewery Saint Archer just last week. But by far, this would be the biggest merger yet—and between the power AB InBev and SABMiller together would hold, and the assets that other major players like Heineken could pick up as AB InBev and SABMiller are made to divest, things in the brewing industry could be getting very interesting.