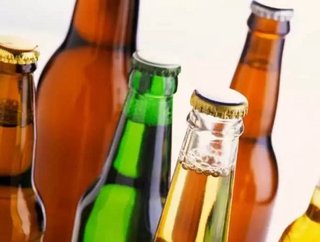 There has been a lot of conflict and tension between the craft beer industry and major macrobreweries&mdash;as consumers develop a growing taste for cra...

There has been a lot of conflict and tension between the craft beer industry and major macrobreweries—as consumers develop a growing taste for craft beer, the brewing giants are growing more concerned about recapturing that market share through acquisitions or imitation.

But while it’s true that craft breweries are growing and taking a larger piece of the beer sales pie, efforts on the part of macrobreweries to keep up seem to be paying off. According to a new report from MarketWatch, 90 percent of all beer sold in the United States right now is produced by only 11 brewing companies.

“When you look at the beer aisle and your local taproom’s beer list, it looks like a broad array of choices,” reads the MarketWatch report. “As we’re going to illustrate here, however, the following companies are actually narrowing those choices through acquisitions and diversification. The battle for shelf and tap space is real, and these are the companies fighting hardest for it.”

Those hard-fighting companies include major players like Anheuser-Busch InBev, MillerCoors, and Duvel Moortgat USA—all of whom have been making smart and strategic craft brewery acquisitions over the last few years, from Goose Island and Elysian to the recent takeover of Firestone Walker. As the saying goes, “if you can’t beat ‘em, join ‘em,” and the choice by many large brewing companies to invest in growing craft breweries allows them to share in that growth.

With that said, there is no question that the craft brewing industry is growing rapidly. As the MarketWatch report notes, craft beer’s market share rose 17.6 percent in the last year alone—sales of craft beer add up to $19.6 billion out of a $101.5 billion total market.

So while macrobreweries shouldn’t have much to worry about in terms of total sales at the moment, they are also smart to keep an eye on the craft brewing industry if they want to stay competitive as competition continues to heat up.