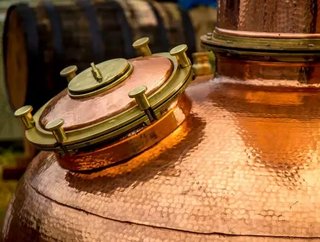 Producing its flagship The Macallan Scotch whisky brand, the investment aims to accelerate the company’s growth in the single malt market.

The new distillery comes as part of a $500mn investment by Edrington Group and will increase the output capacity of production of the raw spirit by around a third.

The reveal of the cutting-edge facility comes days after two 60-year-old bottles of Macallan broke the record for the most expensive whisky to sell at launch, with each bottle attracting bids of around £750,000 ($1mn).

“This is an exciting occasion for Edrington and The Macallan,” said Edrington chief executive Ian Curle.

“The unsurpassed quality of The Macallan is in high demand and we face the future confidently with this new distillery. It’s an authentic, abiding, ambitious investment that will match consumer expectations for generations to come.”

Designed by the team behind London’s Millennium Dome, Rogers Stirk Harbour + Partners, the distillery has an undulating turfed roof and 95% of the distillery’s energy will come from renewable energy sources.

The investment reflects renewed optimism in the scotch industry and demonstrates how whiskey distilleries are increasingly investing in tourist experiences.

In 2016, Scotch Whisky distillers achieved a record 1.7mn visits - up 8% on the year before, according to The Scotch Whiskey Association.

“When the doors open in June, we expect this new Macallan enterprise to deliver significant benefits for the tourism industry, Scotch whisky exports, and the economy,” added Curle.