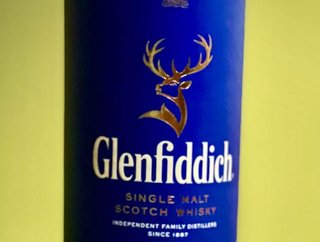 Glenfiddich whiskey has been a family owned business since 1886. Now, Director William Grant, has set in motion a new plan to support the next generation of whiskey drinkers: converting its delivery trucks to run on biogas, made from waste products from the whisky distilling process.

The biogas is low-emission and each truck will displace up to 250 tonnes of CO2 annually.

Headquartered in Dufftown, Scotland, Glenfiddich has a revenue of £1.4bn. It was founded in 1886, when William Grant and his nine children began building the Glenfiddich distillery by hand, from stone. Glenfiddich (which is Gaelic for ‘valley of the deer’) is now the most awarded single malt Scotch whisky and remains a family owned business.

Sustainable fuel, good fun and fire - what can’t whiskey do?

The company hopes to hit net zero by 2040 and is starting with its transport emissions.

The 20 trucks used by Glenfiddich usually run on liquefied natural gas. Now, the company has installed fuel stations to convert its production waste into an Ultra-Low Carbon Fuel gas.

Glenfiddich said that the biogas conversion would:

In the past, Glenfiddich had sold off spent grains which remained from the malting process, to farmers for cattle feed.

However, Glenfiddich discovered that through anaerobic digestion (the process which creates biogas when bacteria breaks down organic matter), the distillery could also use liquid waste to make fuel.

"The thought process behind this was 'what can we do that's better for us all?'," said Stuart Watts, the distilleries Director.

In the UK, 2020 set environmental records:

Climate change, from floods to heatwaves, could cause havoc for many food and drink businesses. In light of this, the family run Glenfiddich distillery is taking its steps to net zero seriously and setting up the next generation for a cleaner future.