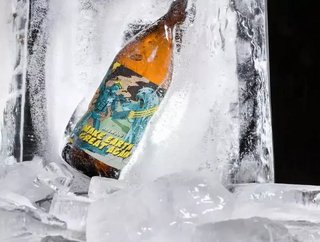 The Scottish independent craft brewing company, BrewDog, has launched a beer against US President Donald Trump’s decision of withdrawal from the Paris...

The Scottish independent craft brewing company, BrewDog, has launched a beer against US President Donald Trump’s decision of withdrawal from the Paris Agreement.

Announced 1 November, the Make Earth Great Again beer is to be served through the mouth of a life-sized polar bear, and contains ingredients sourced from areas that are affected the most from climate change.

The beer is made using water from the Arctic ice caps and endangered Arctic cloudberries. The brewers also chose to ferment the beer with the warmest available style – saison.

“Make Earth Great Again is a reaction to declining interest from notable world leaders to the biggest issues facing our planet and civilisation,” commented co-founder of BrewDog, James Watt.

“Beer is a universal language, with the capacity to make an impact the world over, so we decided to make a statement and brew a beer that could have a direct, positive impact on climate change both through supporting an organisation making a difference, and providing a vehicle for craft beer fans to make their voices heard by the establishment.”

He also reported saying that the beverage was designed to hold a mirror up to establishment figures.

In a further attempt to create more awareness, all of the proceeds from the drink will go to the charity 10:10, who lobby for new climate change legislation.

The company has made Make Earth Great Again available in craft beer shops across the globe, as well as directly sending a crate to the White House.