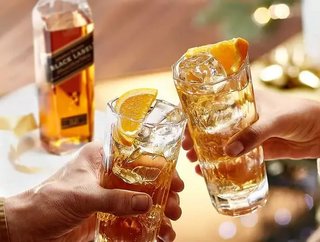 Diageo, the world’s largest spirits company, has announced that it plans to spend £150mn to “transform” its Scotch whisky tourism offerings. The...

Diageo, the world’s largest spirits company, has announced that it plans to spend £150mn to “transform” its Scotch whisky tourism offerings.

The investment – which the company says is the biggest sum ever allocated to the sector – will be made over three years, building towards the 200th anniversary of its whisky brand Johnnie Walker in 2020.

Much of the investment has been earmarked for the creation of a Johnnie Walker “immersive visitor experience” based in Edinburgh, UK, which will showcase the story behind the popular whisky brand.

Four Scottish distilleries in particular - Glenkinchie, Cardhu, Caol Ila and Clynelish - will be at the focus of the Johnnie Walker venue in Edinburgh, representing the "four corners of Scotland".

Diageo said that it will also provide further funding for its ‘Learning for Life’ training programme, which has provided hospitality training to 1,000 young unemployed people in Scotland over the past five years.

The firm will also upgrade its network of 12 distillery visitor centres in a bid to create a “new generation of Scotch attractions” and support the growth of single malt Scotch whisky.

“Scotch is at the heart of Diageo, and this new investment reinforces our ongoing commitment to growing our Scotch whisky brands and supporting Scotland’s tourism industry,” said Diageo chief executive, Ivan Menezes.

“For decades to come our distilleries will play a big role in attracting more international visitors to Scotland. I am also delighted we will be able to bring our knowledge and expertise to help the next generation, through mentor programmes and skills training.”

The drinks firm also plans to firm a partnership with Scottish Enterprise and VisitScotland to promote Scotch to visitors across the globe.

Over the past six years, Diageo has invested over £1bn in whisky production in Scotland, reflective of the sector’s optimism about the growing Scotch market.

In January, the drinks firm reported a 6% increase in half-year pre-tax profits to £2.2bn.