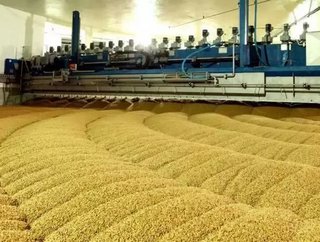 Australian brewer Coopers has opened a new $65mn, 13,000 sqm malting facility at its Regency Park brewery in Adelaide. It is the largest investment eve...

It is the largest investment ever made by Australia’s largest natively-owner brewery, eclipsing the cost of the brewery itself which was built in 2001.

At full capacity, the plant will produce 54,000 tonnes of malt a year, 17,000 of which will be used in its own brewing operations.

“South Australian farmers are recognised as producing some of the best malting barley in the world and we will be looking to establish strong relationships with them into the future,” said Managing Director Dr Tim Cooper.

A crucial ingredient in the production of beer, Malt is widely used by food manufacturers.

It is produced by germinating and processing barley, enabling specific sugars and enzymes to be accessed.

Assembled by the South Australian construction firm Ahrens Group, the facility will be comprised of 25 barley, malt and processing silos. three 60-tonne steeping vessels and a kiln vessel.

The equipment was produced by Buhler, headquartered in Switzerland, the world’s leading technology provider of malting and milling equipment.

“Some of the innovations we have incorporated include full stainless-steel construction, enclosed conveyors, together with advanced process control and monitoring,” added Cooper.

“In terms of water usage, process control and automation, this is the most advanced maltings in the world.”