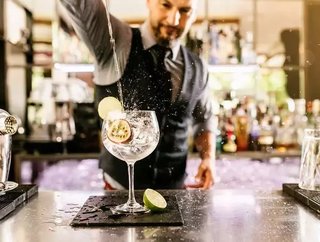 Gin has surpassed whiskey and vodka this year to become Britains's favourite spirit, with a record-breaking 47 million bottles of gin purchased in the U...

Gin has surpassed whiskey and vodka this year to become Britains's favourite spirit, with a record-breaking 47 million bottles of gin purchased in the UK in the past 12 months.

According to the data from the Wine and Spirit Trade Association, the equivalent of 1.32 billion G&T's were bought in the past year.

Sales have grown more than any other spirit sold in the UK in the last year, the trade body added.

The figures were released as a YouGov poll also found that gin is the nations favourite spirit followed by whiskies and vodka respectively.

“Our innovative gin distillers are now offering a range of gins infused with locally sourced botanicals, including seaweed and rhubarb, and even Christmas gins with frankincense and myrrh.”

Across the UK, supermarkets geared up for record gin sales as the festive period approached.

“Brits’ appetite for gin is seemingly insatiable and a lot of the growth in the market is coming from premium and craft gins. With shoppers becoming more discerning in their choices we are expecting to see a festive boost to our premium gins in particular," said Judith Batchelar, director of Sainsbury's brand.

“While many shoppers will be buying gin to drink during the festive party season, we’ve also seen a rise in sales for gifting. Beautiful bottles of premium gin have become a popular alternative to the more traditionally gifted bottle of single malt whisky.”

The Co-op also predicted that it will sell five times as much gin as sherry, and twice as much as port.