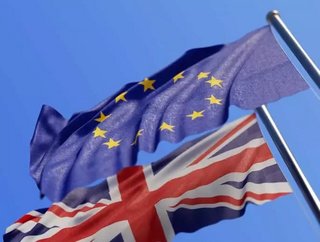 With around 1400 food and drink movements across the UK-Eire border each day, the impact from a hard Brexit could be huge on food manufacturers both sid...

With around 1400 food and drink movements across the UK-Eire border each day, the impact from a hard Brexit could be huge on food manufacturers both sides of the border, writes Dr John Lockton and Prof. Alan Braithwaite of BearingPoint…

The Brexit conundrum is full of uncertainties and contradictions. The post-Brexit management of the Irish Border, both with Northern Ireland and the rest of the British Isles is one of the key sub-puzzles in the maze. Uncertainty prevails and there is evidence of Irish business seeing a slowdown in export growth following the Brexit vote.

Added to this, we have recently learnt that the Customs Union will not be part of the trading agreement between the UK and the EU. So how will this conundrum work itself out in the context of this statement? And what might be the impacts?

Our own analysis shows that the food sector will be particularly vulnerable to a Brexit that reverts to WTO rules with no Customs Union. The Republic of Ireland sees significant volumes of food and drink moving across its borders – 9 million tonnes per year (4.9 million in and 4.1million out) – this equates to approximately 1,400 movements per day. It is a two-way street with Ireland being critical to UK trade.  In some of the food subsegments, trade with Ireland represents up to 70% of the tonnage and 50% of the value traded by the UK with the EU. (with average figures at 18% of tonnes and 19% of value). The dependency for the Irish Republic is even greater.

If the food supply chain vehicles crossing the Irish-UK border were to be held for any length of time as part of increased border inspections, the implications for shippers are many – including reduced shelf life, waste, increased stocks and cost, as well as the risk of unreliability – all of which can severely disrupt the supply chain and ultimately impact the consumer.

For the authorities, a day’s delay in either direction would represent a total queue of 25kms on an average day across the various border control points. And that is just for food.

Alongside these operational challenges, the consensus view from published sources is that the food industry will be the most economically threatened of all industrial sectors in the event of a so-called ‘hard’ Brexit.  BearingPoint worked with Vasileios Kotios of Cranfield School of Management to prepare a detailed analysis of likely tariff impositions on the basis that the UK’s relationship with the EU falls back to WTO terms. The impact of ad-valorum and non ad-valorum (weight and content based) tariffs ranges from 13% for fish to 51% for dairy and eggs. Vegetables, fruit and processed foods will be around 12%.

The same analysis showed that at the detailed SITC code (5 digit) level some categories will experience imposts of nearly 100%. There is an extremely complex picture in terms of the commodities traded and the balance of trade between the UK and the EU27 by specific country. Ireland has a unique position in this mix in terms of volume and product categories as noted earlier.

The protective effect of the common agricultural policy means that for some commodities it will be better to buy internationally – a case in point is chicken meat where net economic impact is much greater than the average for SITC 01.

The Irish-UK border has the added complication that the UK supports significant transit of food to and from Ireland and the rest of the EU. In the context of rising haulage costs across the EU, the risk of delays and relative changes in commercial terms for commodities, realignment of food supply chains should be anticipated.

What should companies be doing?

The maxim that ‘proper planning prevents poor performance’ seems appropriate. Yet it seems that many are waiting for the ‘fog to clear’. Enterprise Ireland found last September that 62% of the firms surveyed had put in no measures to address Brexit exposure. It is likely that SMEs will have done no planning and their bigger customers and suppliers have not promoted such planning; their exposure could be substantial. This seems to be risky and relying on generalisations is unsafe; the combination of tariffs and supply chain risks and opportunities will be company specific.

But, there will be opportunities as well as exposures; so the first step is to understand the company specific landscape. This can be done by mapping the extended supply chains (customers’ customers to suppliers’ suppliers), classifying the flows and duty exposures, understanding the market structure and capacity, and modelling the outcomes and identifying structural opportunities. Developing this map before the final negotiated outcome will enable an agile response when the ‘fog clears’.

Alongside this structural modelling and planning, there is a need to prepare operationally. In this area there are two aspects to address:

First, the smooth flow of products both in and out of Ireland will require audited and assured processes so that companies have ‘trusted trader’ status. This will enable goods to move directly across the borders authorised by customs. This Authorised Economic Operator status requires careful preparation and formal certification. Authorised supply chains require all the actors along the chain to be certified. This includes the focal firm, its suppliers, hauliers and customers. At present very few companies in the UK are authorised which means that everyone on both sides of the border need to get proactive along their supply chains; the mapping exercise will help to identify the gaps.

Second, exiting the Customs Union will require that transactional costs be kept under control. A UK Government Paper has suggested that a transaction in the new European order will cost £450, which is unsustainable, (if correct). The costs of administering categories, duties (ad valorum tariffs as well as non-ad valorum factors), rules of origin and regulatory compliance could be debilitating for some SMEs and can be mitigated by digital technology. Companies and consortia should consider putting in place ‘platforms’ that slash the costs of doing business. The emerging technology of BlockChain is part of this scenario.