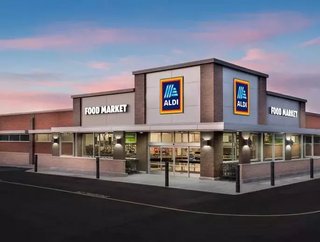 The German discounter said that the results were driven by the opening of 70 more stores in the UK and Ireland, which helped the grocer gain 1mn new customers last year.

The chain, which overtook the Co-op last year to become Britain's fifth biggest supermarket, also confirmed that it plans to open 130 new stores across the UK over the next two years.

Aldi also highlighted that its ‘Specially Selected’ range is comprised of some of its best-performing products and now generates annual sales of more than £1bn (US$1.3bn).

Today, Aldi has more than 775 stores in the UK and Ireland,  with a 7.6% share of the grocery market, according to data from Kantar Worldpanel.

Giles Hurley, the chief executive of Aldi UK and Ireland, said: “The revolution in British grocery shows no sign of slowing.”

“In 2020, Aldi will have been serving British shoppers for 30 years. In that time, we’ve become part of the fabric of British life. We’re proud to be reaffirming our commitment today.”

He added that whilst other grocers “introduced more complexity into their businesses in their struggle to win back customers”, Aldi would stick to “what it does best – buying smart, staying lean, improving quality and keeping prices low.”

The news comes shortly after Tesco opened its own discount grocery chain, Jack’s.