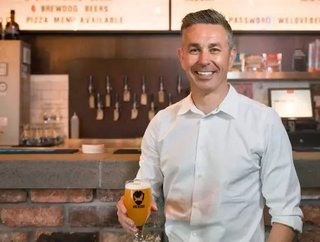 Marshall previously served as VP of Finance for Supply Chain at Coca-Cola European Partners, spending 20 years at the drinks giant.

In his previous role, he was responsible for the delivery of business plans for the 2012 London Olympics and helped to support the recent three-way merger that created Coca-Cola European Partners, the largest independent Coca-Cola bottler in the world.

He has been hired by Brewdog to help enhance the brewery’s finances as it readies itself “for a period of accelerated domestic and international growth in 2018 and beyond,” according to the brewer.

Speaking of the appointment, BrewDog co-founder James Watt said that Marshall’s multinational experience was “exactly what we need at this juncture in the BrewDog journey.”

“Jason’s passion, vision and tenacity is what most excites me about this addition to the BrewDog family,” he added.

“His proven emphasis on fostering a positive team culture aligns with our mission of being the best company to work for. Jason will play a crucial role amongst our senior team in ensuring we never lose sight of this.”

On top of this, the firm also has plans for 17 new bars across the world and is constructing a third brewing site in Brisbane, Austalia.