AB InBev in space: Why the first beer on Mars could be a Budweiser 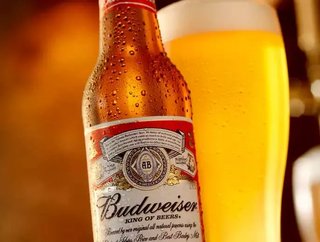 In space, no one can hear you crack open a cold beer. Carbonated drinks don’t work well in a zero-gravity environment because, without gravity, the b...

In space, no one can hear you crack open a cold beer.

Carbonated drinks don’t work well in a zero-gravity environment because, without gravity, the bubbles aren’t buoyant and won’t float to the top.

However, Anheuser-Busch InBev is hoping to change all of that by vowing to be the first beer on Mars.

Following to its galactic announcement earlier this year, Anheuser-Busch InBev has said that it is “upholding its commitment” to make beer in space and is moving forward with the first stage of the plan.

Next month, the beer giant will send 20 barley seeds to the International Space Station (ISS) this December to learn about how beer ingredients react in a microgravity environment and how the barley will germinate in outer space.

The barley is to be carried on Space X’s cargo supply mission, due to launch on 4 December from Cape Canaveral Air ForceStation, Florida.

The Budweiser maker said that its findings will not only “offer insights on steps to creating beer on the Red Planet, but it could also provide valuable information on the product of barley and the larger agricultural community here on earth."

For the ambitious endeavour, Budweiser has teamed up with the Centre for Advancement of Science in Space, which manages the research facilities on the International Space Station, as well as Space Tango, a microgravity R&D company.

“Budweiser is always pushing the boundaries of innovation and we are inspired by the collective American Dream to get to Mars,” said vice president of Budweiser, Ricardo Marques.

“We are excited to begin our research to brew beer for the red planet.”