AB InBev opens its largest brewery in Asia by capacity 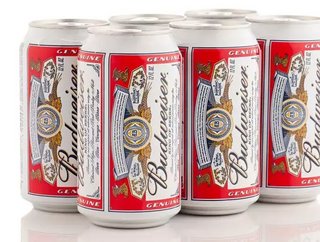 Anheuser-Busch InBev has officially opened its newest brewery in China, which is capable of producing 1.5mn tons of beer a year. That makes the Putian...

Anheuser-Busch InBev has officially opened its newest brewery in China, which is capable of producing 1.5mn tons of beer a year.

That makes the Putian Brewery the largest such facility by capacity in Asia Pacific, according to AB InBev.

The investment is seen as a show of confidence in the Chinese beer market to AB InBev, the world’s largest brewer.

Located in China’s southern Fujian province, the Putian Brewery can produce 160,000 cans of beer an hour, a speed that is twice as fast as previous production lines.

Other technological advancements will aid quality control at the facility such as the use of high-speed scanning and automatic discarding of defective products.

As well as this, the brewery will also install solar power panels that will ultimately reduce emissions equal to the environmentally impact of 780,000 trees, according to the company.

“It was built in record time like everything in China and it’s a very environmentally sound brewery, as most of our breweries are,” AB InBev CEO Carlos Brito told CNBC.

AB InBev’s investment in China is a sign of the country’s increasing demand for more premium brands like Budweiser and Corona as consumer tastes change and the country's middle-class population grows.