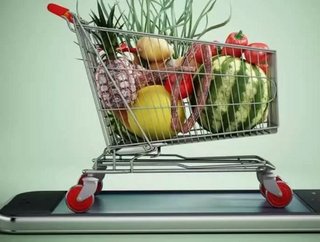 Already the worlds largest online grocery market, China is set to see a doubling of food and drink ecommerce by 2020. This is according to figures rele...

Already the world’s largest online grocery market, China is set to see a doubling of food and drink ecommerce by 2020.

This is according to figures released today by international grocery research organisation IGD, with its current 3.1 percent share of the country’s total grocery market forecast to leap to 6.6 percent over the next three years.

Driven by the growth of the internet, greater smartphone usage, more focused investment from retailers and shifting demographics, IGD forecasts online grocery in China to grow by almost 32 percent year on year by 2020.

Shirley Zhu, Asia Programme Director at IGD, explains: “China already has the world’s largest online grocery market in terms of value and this certainly shows no signs of slowing down. Last year, 3.1 percent of all China’s grocery sales were conducted online, a figure we believe will increase to 6.6 percent by 2020 – a compound annual growth rate (CAGR) of 31.8 percent. Set against our forecast CAGR of 5.9 percent for China’s total grocery market over the same timeframe, the size of the opportunity for retailers looking to trade online is clear.”

This growth is being driven by a combination of factors, according to Zhu. “Internet and smartphone usage is growing across China, while the country’s demographics are changing too – there is a rising population of young, middle-class shoppers leading busier lives. In turn, this is creating an aspirational class of shoppers who want access to grocery products at the click of a button, and who are also increasingly looking to source international goods. Clearly, retailers have been responding to these trends, with lots of players looking to grab a slice of the action.”

A combination of online ‘marketplaces’ and bricks and mortar retailers make up China’s leading online grocery players, according to IGD. Zhu explains: “Alibaba’s Tmall and JD.com are the two of the largest online retailers in China and they also have a strong position in online grocery. These platforms are a one-stop shop for all domestic and international brands and categories, as well as offering a nationwide logistics network, rapid delivery, innovative and simple payment solutions, and new technologies such as drones and virtual reality.

“These platforms are also increasingly delivering cross-border opportunities, both selling international products in China, but also selling globally, enabling lots of international retailers to enter the Chinese market through them. We’re also seeing marketplaces like Alibaba and JD investing in bricks and mortar stores.

“Other key online grocery retailers in China include Walmart via JD.com and Sun Art Retail, which sells via multiple platforms. There are also lots of other retailers investing in online – for example, Bee Quick, which focuses on fresh products, can deliver to its shoppers within an hour in the 14 cities in which it operates, while Carrefour launched in April 2016 and is extending its service to more cities.”

As the majority of people in China access the internet via their smartphone, getting mobile commerce right is critical for grocery retailers looking to sell online in China, according to Shirley. “Thinking mobile first is vital. Many retailers are rolling out apps offering exclusive discounts and special features, while other apps allow for easy e-payment solutions that allow people to shop online. Brands and retailers are also advertising and have shops set up on WeChat, China’s biggest social media network.

“Indeed, as China’s online grocery channel continues to grow, we expect to see more partnerships created between retailers and manufacturers. We also expect to see online grocers personalising their offers, using data to understand how and when people shop online, to deliver a better service and even personalised products. We also expect innovations such as voice-activated technology, virtual reality and smart devices to play a greater role as the market develops,” Shirley adds.