Kroger to sell groceries internationally thanks to partnership with China's Alibaba 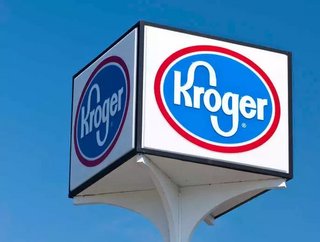 The Kroger Co. has partnered with Alibaba Group Holding Ltd to sell its products in China, in what will be the Cincinnati-based supermarket chain’s fi...

The Kroger Co. has partnered with Alibaba Group Holding Ltd to sell its products in China, in what will be the Cincinnati-based supermarket chain’s first-ever international grocery venture outside the United States.

The retailer will sell its Simple Truth brand products on the e-commerce firm’s Tmall Global virtual storefront, with its initial product offering including dietary supplements and private-label products, much of which will be natural and organic.

Kroger said that Simple Truth is the second-largest brand in its stores, noting that it generated approximately $2bn in annual sales last year.

"Kroger is the world's third-largest retailer by revenue—$122.7 billion in sales in 2017. We are creating the grocery retail model of the future by focusing on digital and technology," he added.

Launched in 2015, Alibaba’s Tmall Global platform is China’s largest business to consumer marketplace, which allows brands and retailers without operations in China to build virtual storefronts and ship products in the country.

In recent years, Kroger has shifted its strategy and unveiled a series of online initiatives to improve its digital offering.

In May, the retailer announced a partnership with British online supermarket Ocado to build a network of US warehouses to provide digital grocery deliveries.

In June, Kroger also announced a pilot project to test driverless grocery delivery that will roll out in Phoenix.