What Can Chipotle Mexican Grill Teach Us About Management? 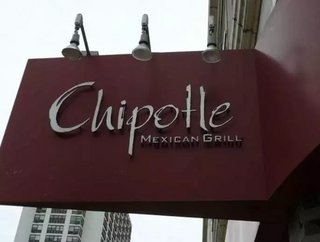 Chipotle is definitely a quick service chain marching to the beat of its own drum. Whether or not youre a fan, at least theres always a lot to say about...

Chipotle is definitely a quick service chain marching to the beat of its own drum. Whether or not you’re a fan, at least there’s always a lot to say about what the brand is up to. Recently, business news outletQuartz released an extremely compelling in-depth article following Chipotle’s approach to management and promotions. The company has seen extreme growth in recent years, including a 9.3 percent leap in same-store sales, and much of that is attributed to its company culture and its process for promotion and managerial appointments. As such, a look into this culture reveals a lot of lessons that can be taken away and applied to your own business in regards to promotions and building your own chain of command.

1. Understand How Important Your Employees Are (and Promote Them Accordingly)

According to the article, one of the biggest turnarounds Chipotle has made in the course of its growth coincided with an important realization about how much the success of each location has to do with the success of its local managers:

Around the time of the 2005 visit to Milwaukee, [Co-CEO Monty] Moran had recently finished going through eight weeks of manager training and was speaking to other managers around the country.

“The first thing I learned was that the manager is absolutely the most important person at the company at Chipotle,” Moran said. “When I looked at how we trained and rewarded our managers, we didn’t treat them that way.”

Good employees are much more than just subordinates – they’re your teammates and accomplices on the path to success. Understanding that, and treating those employees is the first step toward constructing a more smooth and seamless structure for your business.

2. Set Goals That Are Incrementally Attainable and Realistic

“If you work hard enough, you could be president of the company someday!” That’s a nice thought, but for the vast majority of employees it’s more of an empty (if well-meaning) platitude than anything else. Of course one person will be able to work their way up to be president or CEO, but the simple fact is that there is a bottleneck on those types of positions – everyone can’t be CEO. That kind of thinking might be inspirational to some, but for others it’s a lot more likely to draw ire and resentment.

The Chipotle restaurateur model shows an innate understanding of this frustration, and works on a steady scale of increments that are visibly attainable. The ladder from hourly crew member to salaried manager and beyond is marked by clearly outlined steps – succeed as a manager in the kitchen, and you have the potential to move up to service manager. Then if that goes well there’s a direct apprenticeship path to general management.

3. Set Goals that are Worth Achieving

Executives can talk for days about wanting employees who “aren’t in it for the money,” but let’s face it – most of your employees do want to advance in their careers, and money is the best and most tangible display of that advancement and an acknowledgement that the work they put in is valued.

The many positions between the cash register and the executive boardroom aren’t glorified entry-level positions, either. According to Chipotle’s data, the average apprentice (the first salaried position in the chain of command) earns around $50,000 per year, while a general manager can make around $60,000 – the next leap, from GM to restaurateur, can see a Chipotle employee earning nearly $100,000 annually.

4. Trust Your Management Team to Lead

As your chain or franchise grows, spawning dozens or even hundreds (or thousands!) of locations, there’s no way that you or even your immediate executive team can intimately understand the internal workings and cultures of every individual location. But you know who does understand all of that: the managerial staff that handles operations at those locations every day.

According to the article, that’s one thing that Moran understood when interviewing Chipotle’s staff:

“The problem was we weren’t picking the best people,” Moran said. “Why? Well, the best people don’t come from fast food that often to be honest and if they do they’re usually employed. They’re not looking [for a job] if they’re good. We were taking bad people and putting them over managers [who were] good people.”

When Moran asked about the company’s hiring policy, Flores told him that he could train all nine of his crew members to be better managers than the culinary school graduates he had been training for the company.

Promoting from within has the added benefit of putting managers in place who know their staff and their location like the back of their hand, and can lead from a place of unmatched firsthand education and experience.

Yet another key component to Chipotle’s structure is that its hierarchy is not solely based on experience – it’s based on employees exhibiting a checklist of clearly demarcated traits. Those who show an aptitude and the drive to move up are trained accordingly. The takeaway seems to be that, by taking the emphasis away from seniority enforces that doing your best work is what will allow you to get ahead, a business is better able to foster a culture based on enthusiasm and a strong work ethic:

“When you have something people are getting because of seniority, you get rid of it,” Moran says. “When you see that the best managers make only a tiny bit more than the worst, you say ‘we’re not going to do that anymore.’ I’m proud of of this culture because it would work anywhere in the world.”

Every business is different, and not all will succeed under the same rules and management tactics. There is no guarantee that what works for Chipotle will work for you. But one thing seems universal: when you reward your employees for good work, and provide them with a clear path to promotion and excellence, your business is likely to be rewarded as well.