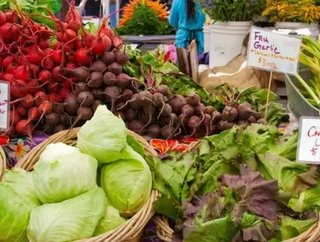 Continued growth is in the air for the organics industry, and its not just happening in one region&mdash;were feeling it all around, and the UK is one o...

Continued growth is in the air for the organics industry, and it’s not just happening in one region—we’re feeling it all around, and the UK is one of many areas where the organic product sales are on the rise. According to a new report from the Soil Association, UK organic sales were up 4 percent in 2014, totaling an impressive £1.86 billion in spite of a 1.9 percent drop in food prices and a 1.1 percent drop in food spending.

The fact that organic product sales are rising in spite of challenging economic times and an overall 1.1 percent drop in food and drink sales is especially telling—it means that, while consumers are spending less on overall consumption, they’re also spending their money more thoughtfully and willing to pay more for products that they believe in.

Food transparency issues like 2013’s Tesco horsemeat scandal have played a critical role in this turnaround, as UK consumers have become increasingly concerned with where their food comes from. According to the study, concerns run so deep that right now even organic meat isn’t immune from sales drops:

The Soil Association said feedback from retailers indicated that shoppers were becoming more health conscious and – following the horsemeat scandal – were seeking guarantees about food quality and ethical sourcing. Even so, sales of organic red meat and sausages fell by 6.1%.

The movement has also been helped as supermarkets across several price points have begun adding more organic options to their stock—the Soil Association notes that discount chains Aldi and Lidl managed to increase their combined organic sales by 20 percent, while growth has occurred at a range of brands from Waitrose to Morrisons as well.

The Soil Association is predicting that this growth will only continue to reach new heights, as UK retailers and manufacturers continue to invest in meeting growing consumer demands. With these industries providing interconnected support, we’re expecting growth numbers to soar in the years to come.