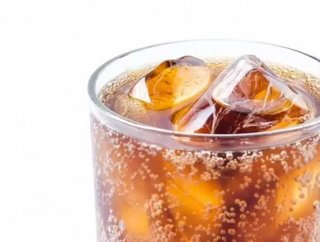 New York Citys large soda ban has reached the end of the line. Former NYC Mayor Michael Bloombergs pet project has been struck down by the New York Stat...

New York City’s large soda ban has reached the end of the line. Former NYC Mayor Michael Bloomberg’s pet project has been struck down by the New York State Court of Appeals, and there’s no higher court to appeal to and nowhere left to go. This makes for a major victory on behalf of the law’s biggest opponent: the soda and soft drinks industry.

The Court of Appeals upheld two previous rulings, which also decided that the NYC Board of Health had overreached its authority by circumventing City Council in its ban on selling sodas and other “sugary” drinks over 16oz. While proponents of the law are obviously disappointed, frustrated by this roadblock in the attempt to curb the country’s obesity epidemic, the courts pointed to its complicated nature and uneven enforcement as another reason to go back to the drawing board:

But questions about the workability of the city’s plan were raised from the start. Because of jurisdictional quirks, only some eating establishments would have been affected, like fast-food franchises, delis and movie theaters; convenience stores and grocery markets would have been exempt. And while the limits would have applied to a broad menu of popular drinks, the number of exceptions was dizzying: Sports drinks and sweetened teas were included, but milkshakes, fruit juices and alcoholic beverages were not.

Today the American Beverage Association posted a blog expressing its satisfaction with the outcome of this trial, stating that there was good reason for the court’s decision. “It would have created an uneven playing field for thousands of small businesses in the city and limited New Yorkers’ freedom of choice,” reads the blog. “What people eat, drink and feed their family is their choice and not the government’s.  Lawmakers should focus on what matters most – education, jobs and the economy – and leave the grocery shopping to us.”

With that said, the association does acknowledge that there is a problem in the United States – but instead of regulating soda on the retail side, the industry prefers to focus on educating consumers to make better choices. “If we want to get serious about obesity and diabetes, it starts with education – not laws and regulation,” the blog continues. “We look forward to collaborating with city leaders on solutions that will have a meaningful and lasting impact on New Yorkers and families across the country.”