PepsiCo gets boost from snack sales in second quarter 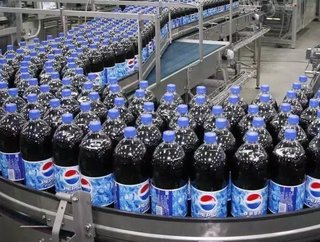 PepsiCo posted better-than-expected second-quarter results on Tuesday lifted by its North American Frito-Lay snack division as well as its growing business in Europe and Sub-Saharan Africa.

The food and beverage company reported a 2.4% rise in net revenue for the three months ending June 16 compared to the same time last year to $16.09bn.

Chairman and CEO, Indra Nooyi, said PepsiCo was pleased with the results and that the firm remains on track to achieve the financial targets it set out at the beginning of the year.

The company's North America beverage sales fell 0.9% - its smallest drop in four quarters - as it doubled down on efforts to promote fizzy drink sales.

The results come as PepsiCo ramped up its snack offering,  launching new products such as Doritos Blaze and Ruffles Mozzarella.

The company also acquired baked fruit and vegetable snack maker Bare Foods in May to diversify its portfolio and meet the growing demand for healthy, plant-based snacking.

PepsiCo also highlighted that its overseas markets saw notable growth with organic revenue rising 7% in Europe and Sub Saharan Africa and 6% in Asia, the Middle East and North Africa.

Operating profit at PepsiCo jumped by double-digits across the company’s operations in Latin America, Asia, Middle East and North Africa but decreased in Europe and Sub-Saharan Africa, partly due to the sale of the company's stake in UK bottler Britvic.

The American firm stuck with its full-year forecast for organic revenue growth of 2.3% in line with 2017.