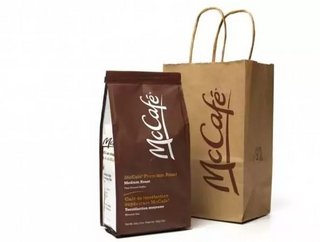 The Canada branch of McDonalds Corporation is stepping up its competition against Tim Hortons. This month, smartly just as the Northern hemisphere start...

The Canada branch of McDonald’s Corporation is stepping up its competition against Tim Hortons. This month, smartly just as the Northern hemisphere starts its slide into the cool months of autumn, McDonald’s Canada has announced that it is launching a full line of McCafé Premium Roast ground coffee and single serve cups for both Tassimo and Keurig machines at grocery stores across the country.

“There is no better way to connect with Canadians than with a great cup of coffee,” said John E. Betts, President and CEO of McDonald’s Canada. “By offering our McCafé Premium Roast coffee in a variety of formats on grocery shelves, we are making it even easier for our customers to integrate their favourite coffee into their everyday routines, building an even stronger connection to our brand.”

There’s no doubt that McDonald’s believes that the best way to connect with Canadian consumers is through a great cup of coffee – it’s the top beverage choice for Canadian adults with a 78 percent of adults professing coffee consumption at least once a week according to the Coffee Association of Canada. That’s why McDonald’s Canada has been competing against Canadian coffee-and-breakfast chain Tim Hortons for years, pitting its McCafé brand against the regional favorite.

What’s more, Burger King is very likely to give Tim Hortons the funding it needs to further expand into the United States and overseas, where it could pose a very real threat to McDonald’s current quest to regain favor with consumers and refocus attention on its McCafé line. If Tim Hortons is going to come into previously uncontested McDonald’s territory, then McDonald’s is going to have to go harder in Tim Hortons (and now Burger King) territory.

Consumers will be able to pick up this new full line of McCafé coffee products across multiple grocery store channels starting on September 29.