House Foods Teams Up with an Anime Icon 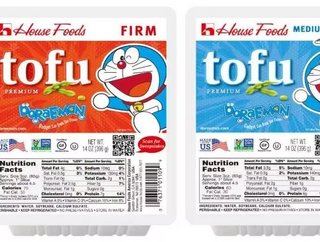 First introduced by artist Fujiko Fujio in 1969, Doraemon has been a household name in Japan for decades. The character found a new audience in the United States in 2014, when Disney bought the rights and started airing an English-language version of the 2005 Doraemon reboot series over the summer.

“House Foods’ is excited to begin a great partnership with Doraemon,” said Yoko DiFrancia, PR & Advertising Manager of House Foods, in a press release announcing the partnership. “The success of this new collaboration will help with continuing the development of heightened tofu awareness with a younger audience through fun characters, a family-friendly TV show and future House Foods’ promotions.”

House Foods will be running its Doraemon partnership campaign from Monday, January 19, until March 20. The campaign will feature outdoor advertisements in major metropolitan areas of New York City, Los Angeles, and San Francisco starting on January 26 along with a sweepstakes campaign on the House Foods website and a Doraemon mascot appearance at the Chinese American Expo in Pomona and Japan Week in NYC.