European supermarket chains Ahold and Delhaize are in talks to merge 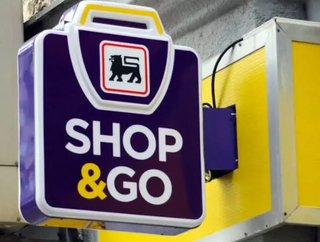 Albertsons and Safeway recently completed a successful merger, and they may be only one example of a new trend. It may be that supermarkets everywhere a...

Albertsons and Safeway recently completed a successful merger, and they may be only one example of a new trend. It may be that supermarkets everywhere are making moves to merge. Europe may soon see a similar acquisition take place—according to new reports, Netherlands-based supermarket chain Ahold and Belgium-based chain Delhaize are currently in preliminary talks to merge.

According to analysts, neither Ahold nor Delhaize have a pressing need to merge. Nevertheless are considering the merge to benefit from their combined strength in the areas where they operate—the two groups together would be quite powerful, as the Wall Street Journal reports, worth an estimated €22.91 billion (USD $25.79 billion).

If the two chains merge, it could have an impact not just in Europe but internationally. In addition to its own Delhaize brand in Belgium and Luxembourg, Delhaize Group also owns a variety of brands in seven countries—in North America, subsidiary Delhaize America owns popular supermarket chains Food Lion and Hannaford. Ahold also owns significant assets in North America, particularly Giant Food Stores and Stop & Shop.

According to the Wall Street Journal, Ahold is the fifth largest grocery chain operator in the U.S. with Delhaize not far behind. If Ahold and Delhaize were to merge, combining their assets in the U.S. could push them closer to even larger industry players like Albertson’s and Kroger in terms of reach and market share.

This could also be a sign that spin-offs like the new Whole Foods Market business plan could be a fluke—rather than dividing to conquer, the bigger trend at the moment is more likely to be supermarkets consolidating and combining their reach to grow. If this trend proves correct, we can expect to see more mergers being attempted in the near future.